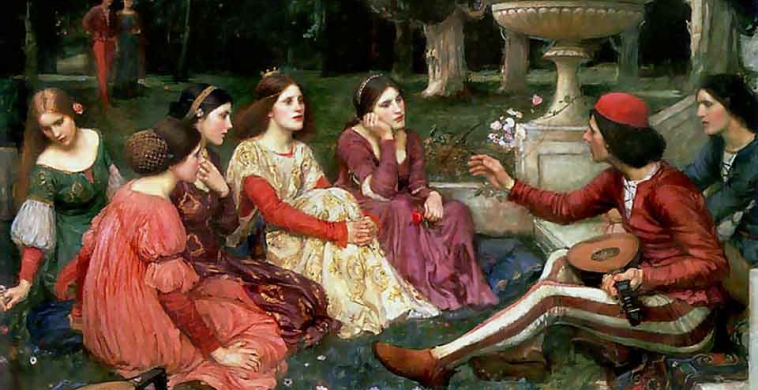 So, You Want to be Your Family’s Video Biographer?

In my first post “Part 1. How Most People Start.” I described the start of my efforts to create my family video biography.  I went through the steps similar to what most people go through when they first embark on this endeavor.  The result did not feel like a good video biography – it felt more like a home movie.  I looked around for the beginner’s guide on documentary making.  What is the secret sauce to make it compelling?

I looked around for the beginner’s guide on documentary making.  What is the secret sauce to make it compelling?

Every family has a story to tell and it is different for each of us.  How do we get to be who we are?  What was and is driving us to try to achieve the goals we set for ourselves?  How did we meet our spouse and build our family?  What did we learn from our victories and disappointments?  There are no uninteresting lives.  Everyone’s life is a compelling story.  The secret sauce – telling OUR authentic STORY well.

I spent some time deciding the theme of the story.  Is the story about you achieving something professionally? Is it about a great love that you found, which allowed you and your spouse to travel through a very happy life?  Or, maybe it is about the great family you built.  Every story has a major theme. Mine turns out to be about two people, brought up in two very different parts of the world, who followed very different routes to get to America, about serendipity which brought them together and about how they forged the bonds that bound their family.

I built a rough outline, making sure I stayed true to my story theme.  Yes, it was chronological, after all so is our life, but there were several storylines, one for each member of our family.  Sometimes, I got further along in one storyline then in others.  I learned not to be afraid to refer to the future and the past of our lives and eventually was doing it without loosing the main (current) thread.  After a while the storylines acquired natural connections, blending together.  It took some time, but it was worth it.

The next educational step was learning to let go of the visuals that “strayed away” from the story.  A lot of photos and clips are wonderful memories of our life voyage, but instead of moving the story along they weer it off.  Throughout the entire process, I fought my desire to indulge in the beautiful visuals which did not belong to the story I was telling.  They could be an inextricable part of another story, but not this one.  Again and again I went over the timeline and cut, cut, cut.  Sometimes, all those photos and clips I cut led to a special chapter, which was natural to the story, but stood apart.  This is how the chapter “Our Christmas Holidays” came about.  It fed on my wife’s and my childhood memories and dreams and how we passed those special feelings to our children.  At the end of this cutting, I reduced my five home movies to a single video biography/documentary movie – “Our Story.”

While looking through the wise thoughts on documentary film-making and watching some of the documentaries, I noticed that, in addition to the voice-over moving the story along, there were always the experts.  The interviews of the experts made the films’ subjects more authoritative.  Who are the experts for my family story?  They are our family members.  So the next step was to interview us and replace some of the voice-over with the “interview-over.”  Now the storytellers appeared on the screen and together with visuals told our story.  Even though I prepared our interview questions in advance, most of it was a process of discovery.  Things we have somehow not told each other – our individual memories – came forward, and brought our joint history to life.  And, what is probably more important, the emotions, which we experienced together, “printed-themselves-out” into our story.  The interviews were a great contributor.

I then added some background music.  At the right moment in the story, music can enhance the mood of the segment and even evoke some wonderful memories.  The trick is to use it in a way that does not “impose” on the dialog, voice-over or interview-over.  Some knowledgeable people suggest testing your movie with only visuals and then with only audio.  The test: A good movie should tell the story even with only one of the two components.

Once I was mostly happy with the video, I created a short introduction and an ending: the intro – to tell my audience what this movie is about, and the ending – to leave them with some parting thoughts.  The story was finally done.

Now was the time to take care of video and audio quality in my timeline.  Using photo editing software, I restored some of the damaged old photographs (scratched, torn or discolored).  Next, I color-corrected the video, reduced the audio noise in some of the clips, and “balanced” the audio level across the movie.

I then used compression software to export the movie in the form suitable for blu-ray (DVD) disk mastering.  To master (burn) a blu-ray disk I used DVD authoring software, where I built chapter menus and other disk navigation buttons.  I also exported our video biography as a digital file, which one can run directly on a computer.

One very important part of making this film – one cannot do it well without a good editor.  My editor was my wife.  She helped me at every step of this endeavor: discussing ideas and editing the script; providing her honest critique, which, among other things, kept me straying off the straight line and indulging in too many cute visuals; and most of all, enduring the video in its many stages.  In many ways she is the co-author.

To my genuine surprise, even the youngest members of our extended family found some parts of the story very interesting.  After the “film screening,” there was very lively discussion involving our children and their grandparents.  Each of them got a blu-ray disk.  Interestingly enough, our children have told us that they have watched our video biography several times since that first showing.  I believe that this movie, among other things, reminds them of how they grew up together and what they mean to each other.